The Admin is Dead...Long Live the Analyst 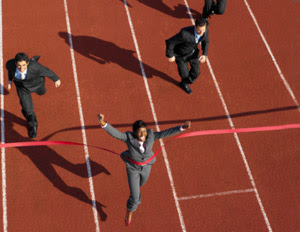 Let me tell you a fictional tale.  It has two colleagues and they both work in IT.

Two IT individuals walk into a bar.  They approach the bartender and order a drink.

It's a slow night so the bartender asks the first person what he does for a living.

He responds while pulling his sunglasses down to look the bartender fully in the face.

Bartender: "Wow that is so cool! All those things you said make sense from a high level.  I mean I don't know how businesses are attacked or what mitigating threats means but hot damn that sounds awesome!"

The bartender turns to the second person. "Are you an analyst as well?"

"Well not on paper, I'm a System Admin"

The Admin points his thumb at his col!eague. "He started at the company last week, I have been with the company for 15 years. I set up the infrastructure to support all our users, I installed monitoring software to analyze our assets for compromise, I apply patches regularly to protect the entire organization, I installed the hardware firewall my friend here uses every day, I write the scripts to automate numerous relationships between assets, I manage network and AD authentication......"

Bartender: "Cool.....So computer stuff!? Hey analyst have you ever stopped a virus?"

Obviously the story is a bit glib and too be clear I have nothing against bartenders.

From my vantage point of the Education world I see signs that industry is changing.  It's not changing fast but the groundwork is being laid that will impact the future of IT.

It's no mystery that cyber threats have increased and not just because of Covid. All covid has done was create an environment by which cyber criminals flourished.

Cyber crime may use different tactics then 20 years ago but the basics of networking and best practice, I hazard to say haven't changed a ton.  Segmentation is segmentation.  A fire wall still analyze s TCP/UDP and a gaggle of other protocols.

Let's blame my Google bubble but I am seeing a lot less job postings for admins.  When I am travelling across the internet I see tons of offerings (ads) for security/network analysts.

Through cursory research and clicking on the first link presented(this was an intentional process, I wanted to see what my students were being presented with).  It appears that the role of an analyst is very similar to the role of an admin.

Maybe I am showing my old fashioned attitude towards admins, but for me the admin is capable of doing everything and that includes security.

What is the future of admins in industry?

This is how I see the future of admins in the new world of IT.  They will still be there but they will have specialized names.

I predict, if it is not already here, that having a "security analyst" will be a regulatory requirement for many industries.

There will be a massive hiring frenzy for security/network analysts.

The roles typically assigned to admins will be split up between separate specialized roles.

In the next few years the term "Admins" will be used less and less until eventually all that survives is the "Analyst."

To all the admins out there: You can do everything which makes you very valuable.  Don't get lazy.  You need to know that there is a generation if IT professionals coming behind you that are intentionally specializing.