Finding a TCP Connect Scan on your Network 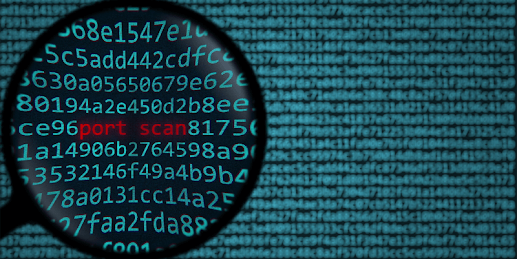 A tremendous amount of traffic passes through a network.  For the most part most this traffic is expected, but what if it is not?  How can we identify abnormalities?  The topic for this article is how to identify that a network scan has occurred, specifically TCP Scan.

There are a wide variety of scans that can occur.  The trick to identifying types of scans is pattern recognition.  If I suspect a scan, there are steps I can take in Wireshark to confirm my suspicions.

Here we have a scan occurring from the left machine to the right machine.  This scenario sees a successful scan of an OPEN port.

2. port 80 is open and a SYN,ACK(packet) is sent to first machine

5. Rinse and repeat through all specified ports on target machine

The TCP Scan is unique in that is actually completes the 3 way handshake.  The pattern we see in the picture above is what we look for in Wireshark.

There are a few ways to do this, I tend to start with two methods.

1. Drive By: With no filters I quickly scroll through all the packets too see if anything jumps out at me.

I like to look at Endpoints in a capture.  With this functionality you can quickly see which hosts on the network are generating the most traffic(packets)

In the picture above we see a grouping of ARP packets.  Two important things are learned in this picture. First the destination host addresses are going up sequentially, a good sign that a scan is occurring.  Also the "Tell 192.168.1.73" is telling us that 1.73 wants to know who each of these hosts are.  A very VERY good sign that 1.73 is the scanning machine.
Navigating to Statistics>Endpoints confirms this for us.

We can see in this image that a ton of packets are involving 1.73!
With our Capture in hand, I want to dig deeper to see what is happening with 1.73
I start with the filter:
ip.src==192.168.1.73
Which will show me all the source packets created by the specified IP.  Right away we can see a lot of SYN packets from 1.73 that are targeting other hosts on the network.

I do a drive-by on this filter till something jumps out.  I want to see ACK packets.

Let's take a look at the sequence here.
- SYN from 1.73 to 1.69 on port 554
- SYN, ACK from 1.69 to 1.73 on original port 59570
-ACK from 1.73 to 1.69 on port 554 (The three way handshake is complete)
-RST,ACK from 1.73 to 1.69 on port 554 (abruptly closing the connection)
This pattern perfectly matches what we know a TCP Connect scan to look like!
While I have isolated a single open port conversation, if we modify our filter we can see that this pattern repeats its self over and over.  Further confirming that a TCP Connect Scan occurred on the network.
If you enjoyed this article I have actually documented it all in a video on YouTube as well.  All likes and subs are greatly appreciated!  Thanks!
Reference:
First image "port scan" https://www.whatsupgold.com/blog/what-is-a-port-scanner
Labels: security